In this article we’ll review a Hand Planer Vs Bench Planer and see which one comes out on top! 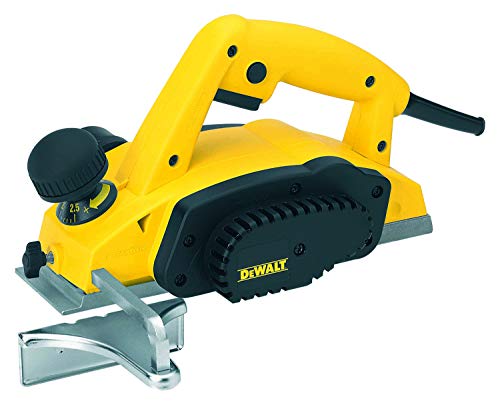 There are many art forms in the world but only a few that require geometric precision as woodwork. Therefore, for every person earning their living out of it or even the ones who are only passionate about it, choosing the right tools is crucial. And one of the most confusing decisions occurs while choosing a hand planer vs. a bench planer.

Not to worry, though. This article will give you the means to understand one of the most admired hand planers. And, it’ll also pit it against one of the best bench planers. So, you’ll get a clear picture of which one to choose and when by the end!

What is Hand Planer?

Hand planers were primarily used to shave off the wood’s uneven surface to make it smooth before the final treatment. They’re one of the primitive tools that helped woodworkers for centuries. Nevertheless, they’ve evolved drastically over time and technology and have incorporated a lot more into their usage.

Anyway, for this ‘hand planer vs. bench planer’ article, we’ve chosen to review the DeWalt DW680K. It’s one of the finest hand-held planers you can find in the market. It runs on a 7 Amp motor that provides you a smooth finish every time you run across a wooden log.

When to Use DeWalt DW680K Hand Planer?

The DeWalt DW680K is an excellent tool for both professionals as well as beginners. And, it has a lot of practical uses too: –

What is a Bench Planer?

A bench planer is a bigger version of the hand planer and is meant to trim more giant wood lofts. These are also known as table planers in some corners of the world. Nevertheless, these tools are primarily used to smoothen or flatten broader wooden surfaces.

We’ve considered the  DeWalt DW680K for this article. By far, it is one of the best performing table planers we’ve come across in the industry. This mean machine is powered by 15 Amp motor that runs on 110V of electricity. Anyway, the motor combined with a two-speed gearbox is powerful enough to cut through broader materials at 96 or 179 CPI speeds.

When to Use  DeWalt DW680K Bench Planer?

This machine is meant to put out heavy wood flattening to ease. These are some of the best uses we can come up with for this fantastic device: –

Before we move into stating anything further, we’d like to establish that woodworkers well admire each machine. Plus, each of them has a rather practical use. each of them serves a different purpose:

– DW680K is a hand-held tool that weighs merely 11.8 pounds. On the other hand, the DW735X is a stationary tool that needs stands or at least a flat surface to stand. It also weighs more than its counterpart at 101 pounds.

As mentioned earlier, both machines justify their respective utilities. One of them is meant to deliver more refined results on smaller planks. However, the other one works well with more massive planks and broader cuts.

In short, you must consider the task at hand before choosing either one of the tools.